Freesia - Arwa Tarek: There Are Misconceptions About Being A Flight Attendant
6 Outstanding Actresses To Look Up To


Arwa Tarek: There Are Misconceptions About Being A Flight Attendant
5251 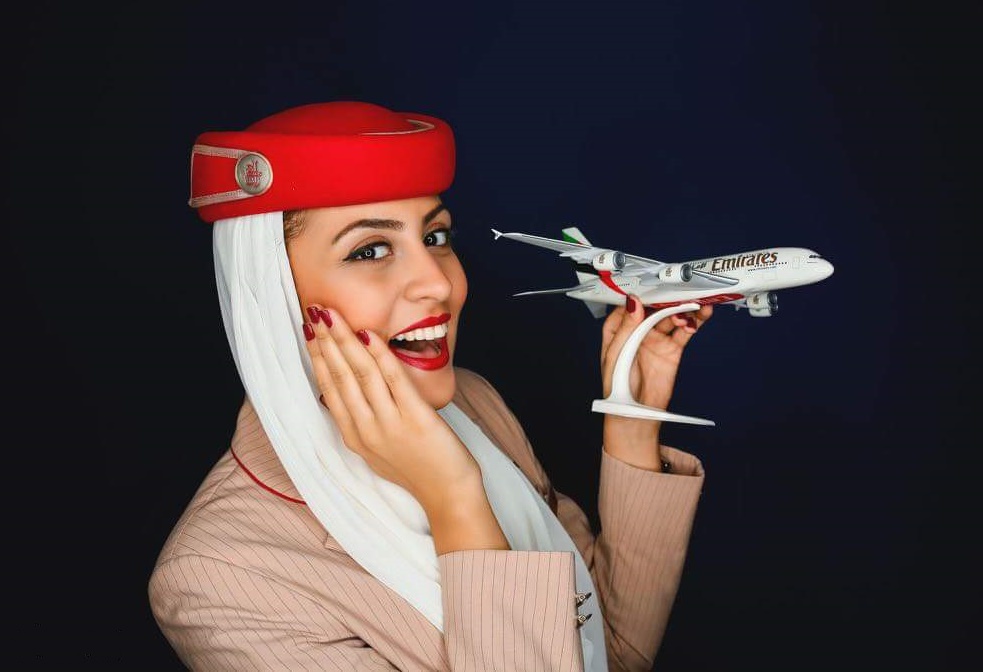 
Being a flight attendant is not like any typical 8 to 4 job; from layovers to 4 AM. wake-up calls and even flight cancellations that will mix plans, weekends and holidays, it sure is not the easiest job in the market.

According to Arwa Tarek, 24 Egyptian flight attendant for Fly Emirates, the behind-the-scenes reality is not all about the glamor. Arwa has studied Arts, and ever since her graduation, she rocked her cabin crew career, getting recognition for her and her team’s performance by the company's management and attracting people's attention on social media. Arwa spoke to Freesia and shed some light about some myths surrounding the job.

IT'S ALL ABOUT BEING ATTRACTIVE

Becoming a flight attendant is not a quick or easy process. She even says "it's easier to get into Harvard than it is to be a flight attendant." Arwa says "When I went to open day, there were around 700 people. So you have to shine in 2 mins in front of the interviewer that asks about 2 questions and then takes your CV and tells you "if you are shortlisted for the assessment day you will receive SMS within 2 hrs."I knew that i have been shortlisted 2 days later. If I was not prepared I would have never passed all the stages." Arwa made it in her first attempt and in a really young age.

There are also a lot of qualifications that you need to have a candidate for a position, and tips on landing a job with an airline. You have to Meet the physical requirements like Height, Wight and vision, and the personal requirements like degree and languages. "It's all about being suitable" Arwa said.

Some people claim that flight attendants are the "waitresses" of the plane. Arwa says "Of course there are some misconceptions about being a flight attendant; like saying it's the job of "tea or coffee." But that is the last thing we care about."

It is definitely not a job of "tea or coffee." Flight attendees go through a really strict training, and not everyone make it till the end like Arwa. They are trained to survive a situation like the television series, Lost, and even safely deliver babies. Arwa says "We have had an intensive 2 months training when we first joined, and believe it or not it was the hardest course I have ever through, huge amount of information and aviation terminology and speaking about safety and security every day! Not to mention how to be responsible over 400+ lives on board, and how to deal with different medical cases."

Despite the allure of a high-flying career, it can be physically demanding, tiring, lonely life. When we asked Arwa about the most challenging part of the job she said "definitely cooping with the jet lag and the time differences which kills the body and the health. When you travel 2 days in row you only see day time no night, so you feel a conflict between your dead body and your mind that is telling you to be wake, it's morning. "She also adds" we spend time in “the office " inside the airplane more than on ground so you might not be able to balance your life. That is why it's preferable to work in a young age when you do not have responsibilities "

For relaxation, Arwa says "I try to go home at least once every two months so I can recharge my power by seeing and hugging my family and friends."

We have to remind some people that, many have previously trained in different professions so flight attendants are far from being unintelligent or uneducated. Arwa says "My bachelor degree is from the faculty of arts specifically, mass media and communication radio and television department, That I have been using to build a good CV that qualified me for the cabin crew job and would qualify me for any work position related to media."

Flight attendants have to deal with rude passengers and out of control children. Arwa says "they teach us how to deal with customers in a really nice way even if they are rude." Not to mention people who try to take their way into first class" it's not allowed to walk between the cabins, except in specific cases after taking excuse."

However, despite all the challenges and misconceptions, it seems that Arwa has no regrets. She tells Freesia "One of the best feelings ever is when you achieve something you really wanted." Arwa also gives advice to young girls who want to be a cabin crew saying "Work on yourself hard. Read a lot about this job and the requirements for every company. Follow the pages that always update about the vacancies as a flight attendant. Use the social media to improve yourself rather than wasting time on useless stuff."

At the end of the day, there pros and the cons in every job. Do you wish to be a flight attendant? Tell us in the comments.